Skill up and save 15% this week only using code CYBERWEEK22 at checkout. Explore training
Home / Resources / Blog / Impressions of TED2010 so far…

Impressions of TED2010 so far…

It’s nice to be an attendee this year instead of running around the bowels of the Long Beach Performing Art Center supporting speakers. I gotta say, the presentations are of utmost caliber. There were only a couple so far were in desperate need of help.

For me, that is fantastic news. Many presenters have figured out how to build effective slides themselves. TED gives each presenter a copy of slide:ology. That, coupled with the raging success of Garr Reynolds’ books, a movement has started!

Most of the presentations had a clear message and the visuals amplified the talk instead of detracting from it. Graphics have been simplified and the presenters are well rehearsed. Even England’s Conservative Party leader, David Cameron, used slides that broke the “place title here, place bullets here” construct of Microsoft’s template defaults. Politicians + PowerPoint = Scary, but he did a great job.

There were several sessions that identified the narrative in the data; instead of just showing the statistics, they gave them human context. Esther Duflo wants to see the same generous outpouring for poverty that we saw in Haiti. 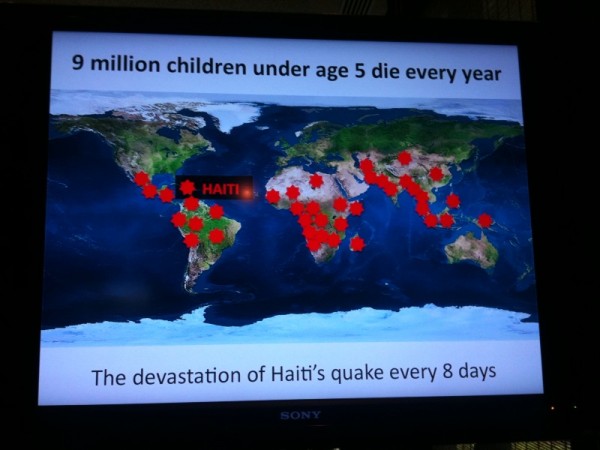 People are moved by the magnitude of numbers more readily when there’s context to their magnitude.

One of my favorite moments was when Jamie Oliver scooped and then spilled a wheelbarrow of sugar cubes onto the stage, to show how the amount of sugar in the sweetened milk one student will drink during five years at school. 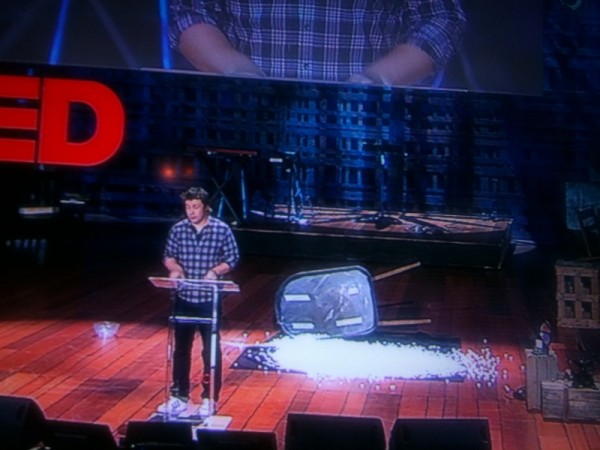 This is a classic S.T.A.R. moment, where he gave them Something They’ll Always Remember. He also showed videos of a kindergarten classroom where the children couldn’t identify what any vegetables were (i.e. tomato, potato, beets or cauliflower.) Here’s Jamie’s TEDPrize wish:

“I wish for your help to create a strong, sustainable movement to educate every child about food, inspire families to cook again and empower people everywhere to fight obesity.”

Day 1 was off to a wonderful start! There are plenty of ideas worth spreading.