Skill up and save 15% this week only using code CYBERWEEK22 at checkout. Explore training
Home / Resources / Blog / Cheating by Charting. An excerpt from Spear’s Practical Charting Techniques

Cheating by Charting. An excerpt from Spear’s Practical Charting Techniques

There are few of us who, at at one time or another, have either exaggerated or shaded the truth by either bragging or playing down a story. What we say may not be an untruth, but we want to emphasize one fact to a certain party, and a different fact to another.

The same bragging or playing down can appear artfully in many types of charts. When and how do these distortions occur? They may be cleverly planned or happen unwittingly during the production of the visual.

Two distortions of the grid that occur most commonly:

1. The flexible grid: One of the easiest ways to give more or less movement to the trend of a curve is to expand or contract the horizontal or vertical axis of the chart. The chart below shows a correctly scaled trend and six ways the visual image changes by expanding or contracting the grid layout. 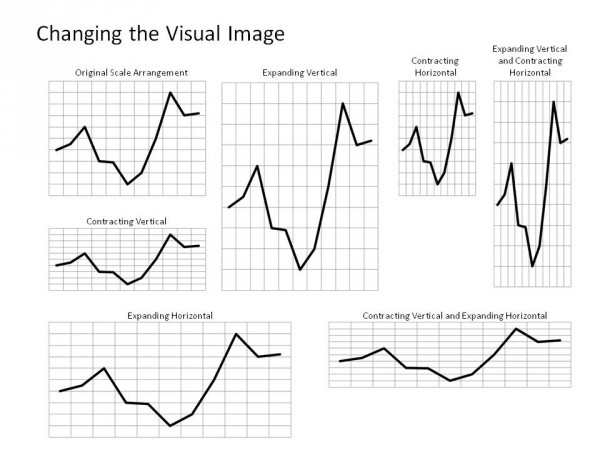 2. Skipping the grid: A familiar layout in reports and advertisements is seen here: 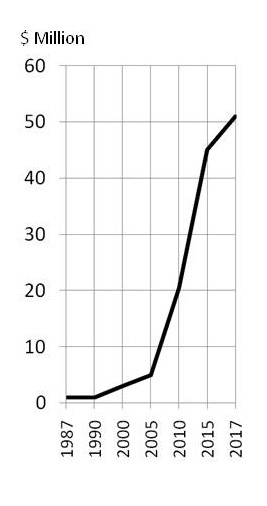 In order to dramatize the story, a little fudging is done with the time scale. It’s not noticeable at a glance that the time sequence is not uniform. It seems to be a neat, clean-cut, see-how-we’ve-grown story. Also, the dates being aligned parallel to the base line make the irregular date plotting less noticeable.

If you look at the chart below, it shows what the trend looks like when laid out with the correct grid spacing for each year. Amounts plotted for the given years are the same as in the chart above. Spread out this way is not as dramatic, but is the true story. 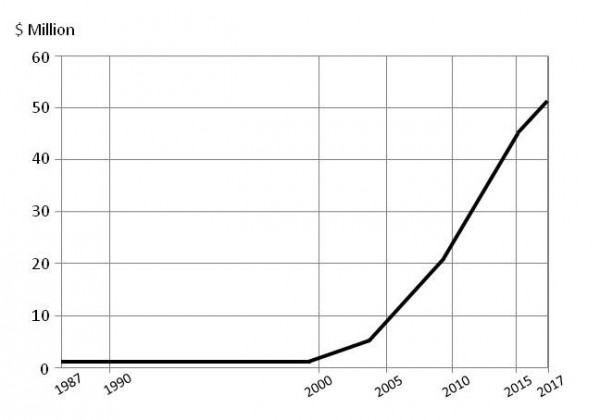