CEOs and Politicians Are Different 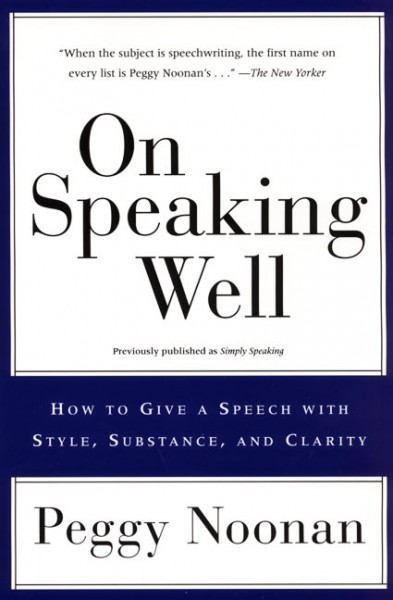 Peggy Noonan was the speechwriter for President Reagan and in her book On Speaking Well she recounted a story of when she wrote a speech for a renown CEO of a F500 company. She was excited to try her skills in the business world. She met with him a few times, collected stories, views of public policy and she thought he was impressed with the sophistication of his views and thought he’d be great to work with. One of the tricks about being a great speech writer is that your final script embody the presenter and it represents their viewpoints and voice well. She worked for two weeks finessing the stories and script and when she was done, she liked it a lot.

She sent him the script and heard nothing. Then, she heard through the grapevine that he wasn’t happy because the speech didn’t seem original or have enough flash. That it was like something he’d heard before. Then she realized that he had heard it all before, they were his stories. She realized that he didn’t want to sound like himself, but wanted to be reinvented. She assumed he wanted to be him and if she’d known he wanted to be reinvented, she wouldn’t have agreed to work with him. She realized that business people want to break through and make an impression when they speak, but they don’t want too be too colorful and draw unwanted attention. Business is not inherently dramatic or fascinating but he wanted to be someone he wasn’t.

Noonan says that politicians want to look good so they can get things done whereas a business person wants to get things done so they look good. Politicians have to look good so they get reelected. A senator that appears incompetent or dim will not want to associate with a known dunce. CEOs, on the other hand, are results oriented. They have to keep the stock up, create great product and if they succeed, they will look good which brings in more money and jobs.

So, for political speechwriters it means that you have to devote time to keeping an eye on the press and corporate speech writers need an undeviating eye on the boss’s agenda and make sure the speech advances it.

What she learned is that if CEOs want to be themselves you can work with them, if they want to be someone else, you can try to talk them out of it. But you both should know going in.