Skill up and save 15% this week only using code CYBERWEEK22 at checkout. Explore training
Home / Resources / Blog / Political Signs are like Slides

A gal named Laura Macias is running for City Council in Mountain View. I’m not sure who she hired to design her political signs but they look like really bad PowerPoint. When you drive by the corner of Grant and Cuesta, there’s a cluster of signs and you can read all of them but hers. 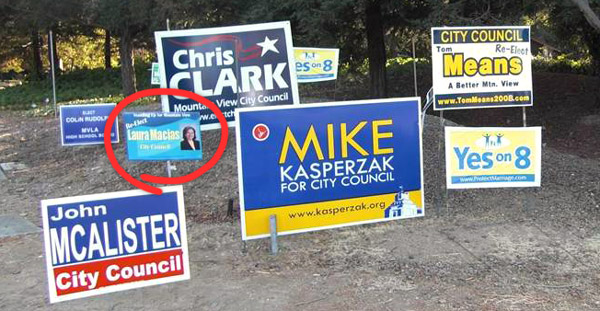 She even tried to make a 2×2 display of them thinking that if there were more of them, that’d make it better. This close-up shot still doesn’t compete with signs in the background over 50 yards away. 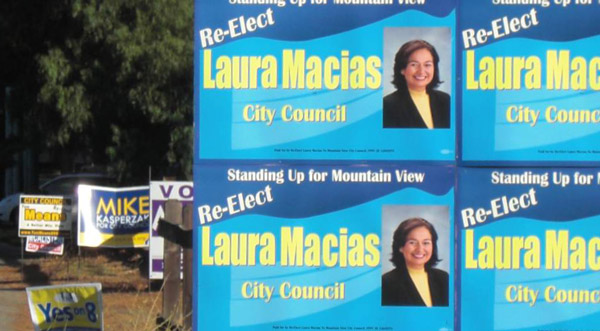 If I had to pick my candidate based on which one made the strongest visual impression on me, she’d lose. But I’m not that shallow; she helped put in the Stevens Creek Trail by my house so…