Martha Graham Showed the World How She Felt

Although primarily known as a dancer, Martha Graham was also a powerful communicator. She developed characteristics that anyone who aspires to become a great presenter must cultivate and nourish. She stood out by moving against the grain of society. She persevered in spite of seemingly overwhelming obstacles. She fought against and overcame her fears. She respected and connected deeply with her audience. And she never held back from communicating her deepest feelings. 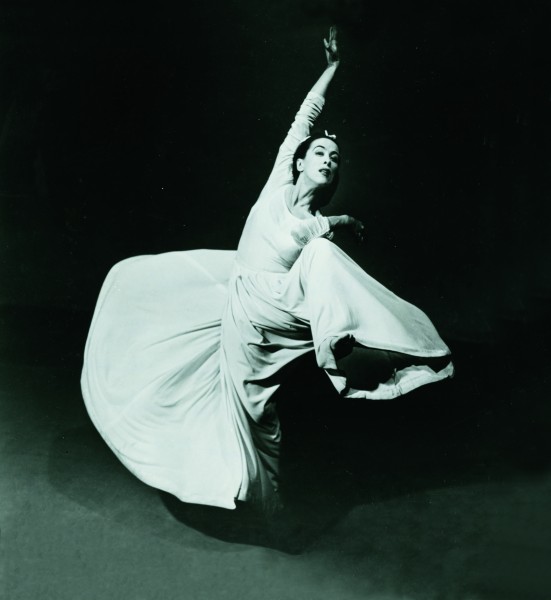 Graham spent her life challenging what dance is and what a dancer can do. She looked upon dance as an exploration, a celebration of life, and a religious calling that required absolute devotion.

Graham became a dancer against the odds. When she finally began to study dance with the idea of making it her profession, she was considered too old, too short, too heavy and too homely to be taken seriously. “They thought I was good enough to be a teacher, but not a dancer,” she recalled. But she knew what she wanted to do, and pursued her goal with the intensity that marked her entire life. Dance was her reason for living. Willing to risk everything, driven by a burning passion, she dedicated herself absolutely to her art. “I did not choose to be a dancer,” she often said. “I was chosen.”

Graham was ready to discard traditional ballet. She invented a revolutionary new language of dance, an original way of moving with which she revealed the joys, passions, and sorrows common to human experience. In place of graceful soaring leaps through space, she introduced stark, angular movements, blunt gestures, and stern facial expressions as she sought to lay bare fundamental human moods and feelings. Her dances were meant to be challenging and disturbing.

This new kind of dance wasn’t to everyone’s liking, as it was neither beautiful nor romantic. Graham was often the object of ridicule and the butt of hostile jokes. Women in America had won the right to vote only a few years earlier, in 1920, and many people were still uncomfortable with the image of the “new woman” who sought a career and voted. It was all right to be a high-kicking, scantily clad chorus girl, but a woman who ran a dance company and created works that commented on war, poverty, and intolerance seemed unnatural and suspicious.

But Graham was resolute in her desire to communicate how she felt.

Graham believed that the secret emotional world made visible by a dancer’s movement could not always be expressed in words. She wanted her dances to be “felt” rather than “understood.” Graham drew inspiration from the ugly side of life and put it on display. Each of her dances had a special significance to her, because they expressed a fear she had conquered in her own life.

In 1930, Graham premiered a haunting solo dance of mourning called Lamentation. She sat on a low bench, wearing a tube-like shroud with only her face, hands and bare feet showing. In the dance, she began to rock with anguish from side to side, plunging her hands deep into the stretchy fabric, writhing and twisting as if trying to break out of her own skin. She was a figure of unbearable sorrow and grief. She did not dance about grief, but sought to be the very embodiment of grief.

Graham recalled “One of the first times I performed it was in Brooklyn. A lady came back to me afterwards and looked at me. She was very white faced and she’d obviously been crying. She said ‘you’ll never know what you have done for me tonight, thank you’ and left. I asked about her later and it seemed that she had seen her 9 year old son killed in front of her by a truck. She had made every effort to cry, but was unable to. But when she saw Lamentation she said she felt that grief was honorable and universal and that she should not be ashamed of crying for her son. I remember that story as a deep story in my life that made me realize that there is always one person to whom you speak in the audience. One.”

Graham moved in a way that gave anger and grief back to her audiences. She had a genius for connecting movement with emotion. She could make visible all those feelings that people have inside them but can’t put to words.