Among the many amazing features of Dr. King’s numerous classic speeches – including, of course, his iconic, “I Have a Dream” speech – was his use of “visual communication”… his talent and ability to paint pictures with words.

While Dr. King drew on a variety of rhetorical techniques to “Educate, Engage, & Excite” TM his audiences – e.g., alliteration, repetition, rhythm, allusion, and more – his ability to capture hearts and minds through the creative use of relevant, impactful, and emotionally moving metaphors was second to none.

With that thought in mind, I’ll leave with you this powerful and moving list of metaphors and images that Dr. King left with us: 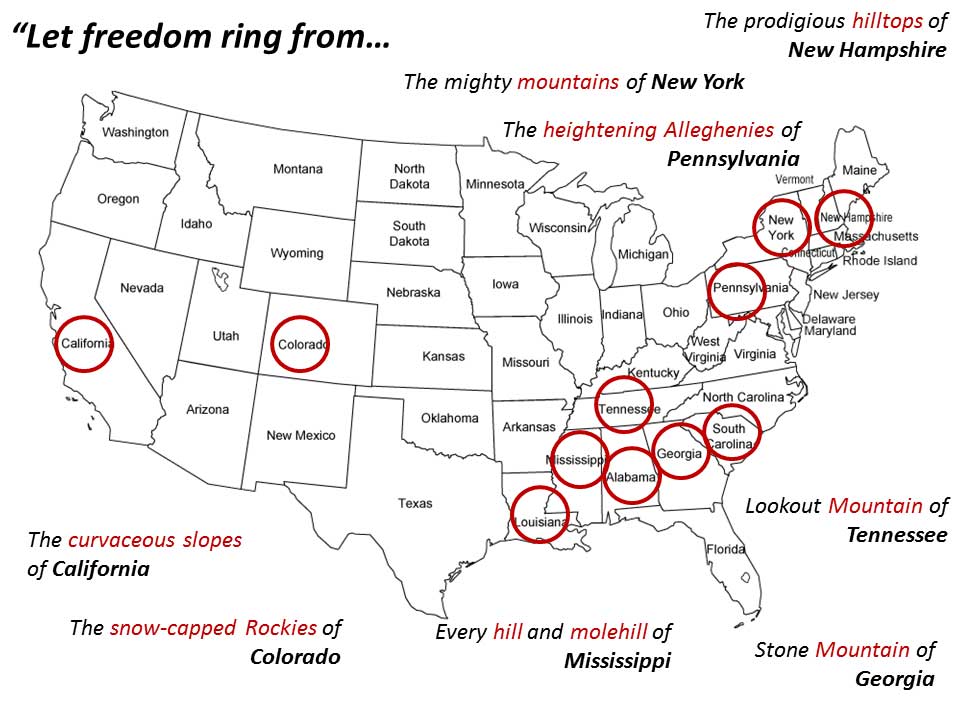 Reposted from Todd Cherches, of BigBlueGumball.

Todd Cherches is the co-founder and CEO of BigBlueGumball (www.bigbluegumball.com), a cutting-edge NYC-based consulting and coaching firm known for applying innovative visual thinking, communicating, and storytelling techniques to their management, leadership, and presentation skills training.