Skill up and save 15% this week only using code CYBERWEEK22 at checkout. Explore training
Home / Resources / Blog / When to Hire a Professional Designer

When to Hire a Professional Designer 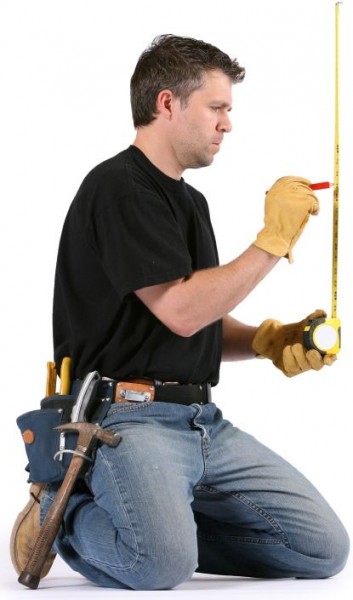 My dad is a handyman. Not professionally, but a handyman just the same. He can fix anything: cars, lawnmowers, leaky faucets, washing machines, kitchen cabinets, roofs, fences, and just about anything with wires sticking out of it. He fixes things and he builds things. He tinkers with things, takes them apart, learns how they work, and puts them back together.

When I was growing up, I watched my dad build or repair every man-made object in our house and driveway.

When grandma came to live with us, mom and dad decided to put an addition on the house. We lived in a ranch-style home, and they wanted to take off the roof and add a second story, making it a colonial. Dad knew this one was a bit out of his league, so he found a professional to do it.

My young teenage mind was old enough to grasp the enormity of such a project, but still a little surprised that dad didn’t just do it himself. Now I know better.

One of the handiest of all the handyman skills is to know when it’s time to hire a professional.

Don’t get me wrong; handyman skills are important. Especially when it comes to presentations. Let’s face it, designers aren’t cheap – especially good ones. So hiring a designer or a design firm to build your world-class presentation might be out of your price range. Do it yourself and save big bucks.

That’s one of the reasons we publish this blog. So anyone with an internet connection can start educating themselves and learn how to design for themselves. It’s also one of the reasons Nancy published slide:ology – to provide some in-depth instruction that anyone can get their hands on. And finally, for the armchair designer who wants to get as close to Duarte as possible without being on our 401k plan, we offer a series of workshops and webinars.

But my dad had the right idea. Sometimes you need to call in a professional. And to help you figure out when you should do that, here are two clear signs:

1. You’re Out of Your League

The boss-lady gives you the assignment and makes it clear to you what she wants in a presentation. Reflections, rounded corners, smooth animations, and a motion piece up front with a nifty lens flare. She also wants a complete speaker script, new template and grid system, and a printable version for leaving behind. She wants everything to adhere to the company’s brand guidelines, but also push the envelope a little bit and create something original. Oh, and she’ll project in 16:9, but she also wants a 4:3 version to use later with her sales force.

You try to jump in to remind her (like the budding slide:ologist you are!) that every presentation starts with a compelling story… but it’s too late. She’s on to her next meeting. And the presentation is due in two weeks.

Your throat tightens. Your forehead begins to perspire. This would take you three months IF you already knew what the heck “16:9” meant! You’re clearly out of your league.

So what do you do? Muddle through it? Fake it?

Depends on the boss. Depends on their level of expectation. If they want the level of excellence they described to you, then you better call a professional. Make it clear to your boss that it’s time to bring in someone who can get this job done right, and that you’ll coordinate the process to make sure it turns out just the way she wants.

You’ll look like a rock star, and so will she.

The boss-man gathers everyone around his desk one cold, dark Monday morning. The news is not good. Your company is tanking, bringing everyone in the room down with it. But there’s one hope. A big conference in two months where the boss is giving a keynote presentation.

The boss points directly at you. “Hey,” he barks. “You’ve been learning PowerPoint, right? Make me some killer slides!”

Here’s an example: The next time you find yourself flying out of LaGuardia, do you want a do-it-yourselfer piloting the plane? Or do you want Captain Sully? Yeah, I thought so.

Not every presentation is a matter of life or death, but when it is, get yourself someone who can bring you the results you need.