Why Your Company Needs More Ceremonies to Navigate Change

Early last year, our company was well into a great season of change. We had turned our org chart on its side, so that nearly every person in the company either had a new boss or was a new boss. We had moved to a different building. We had implemented new software tools. We were about to release a new book. And we did all this while trying to perform our jobs at the highest possible level. People were tired and stressed.

We knew deep down how much we really enjoyed and respected one another, but the pain of change made it difficult to for us to connect with that feeling. We had to do something special to rekindle it. So we set aside some time over the course of a week for employees to meet in small groups and talk about how we could best move forward, strong and united.

Then, that Friday afternoon, everyone gathered in a large, open area in the office. The seats were arranged in a semi-circle, and a large drum stood in front of each seat. Over the next two hours, all of us (100-plus employees) beat our drums — first chaotically like a first-grade music class, and then, with the help of a music coach, in unison.

Some people saw this as a chance to bond with colleagues who were united in their commitment to a common cause — not unlike fans of sports teams who chant, clap, and even do the wave together. Others vented the frustration they were feeling in a socially acceptable way by pounding extra loudly on their drums. Still others used the opportunity to let loose at the end of a long week (and a longer journey) by simply being goofy. All those experiences were welcome. The important thing was that we experienced them together.

It was a ceremony.

People have long used ceremonies — bar mitzvahs, baptisms, weddings, inaugurations, quinceañeras — to mark changes and turning points so they can move from one place to another. Even when they signify an individual’s transformation, they’re communal experiences that strengthen the bonds, values, and vision of the groups celebrating these moments.

Organizations, too, rely on ceremonies to anticipate new beginnings, demarcate endings, and help everyone navigate change. Remember how Howard Schultz launched his renewed vision for Starbucks when he returned to the company as CEO in 2008? Starbucks was coping with the global economic crisis and experiencing a rapid decline in profits.

So, to align company leaders, Schultz gathered 200 senior managers from around the world, sent them out to local retail shops to better understand the customer’s point of view, and then brought everyone back together. He had planned to read the company’s new mission statement aloud as a way of reinforcing its renewed focus. But after he read the first line, without cue, a vice president stood up and read the next, followed by another vice president, and another. It was a ceremony with power — they all, one by one, pledged their commitment.

We often use ceremonies to celebrate good things: big promotions, business victories, and so on. But they can be just as powerful when used to acknowledge difficulties, mark dark passages, and help those affected by change move on. It’s important to take a moment in difficult times to communally honor those who have made sacrifices or experienced hardship in the course of change.

Sometimes, a dose of levity can help. As part of his effort to get developers at Apple to transition from Mac OS 9 to Mac OS X, Steve Jobs held a mock funeral at the 2002 Worldwide Developers Conference. With sad music playing in the background, Jobs placed a large box labeled “Mac OS 9” into a coffin on stage and then delivered a eulogy for the operating system that had been “a friend to us all.”

Our drum ceremony at Duarte helped us recognize and start to move past the struggles we’d had in our transformation as a company. At the end of the session, our palms were red from banging our drums, but we were also all smiling. We knew we still had work to do to make the goodwill we were feeling last. But we’d gotten a good start. 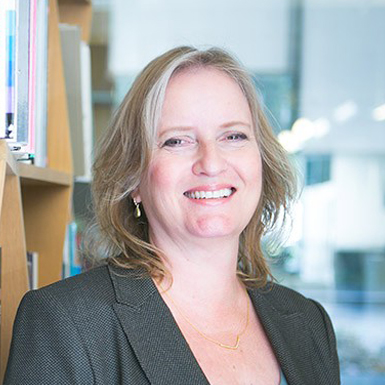