Skill up and save 15% this week only using code CYBERWEEK22 at checkout. Explore training
Home / Resources / Blog / Weapons of Mass Inspiration: 6 Speakers Who Killed it at Weapons of Mass Creation Fest 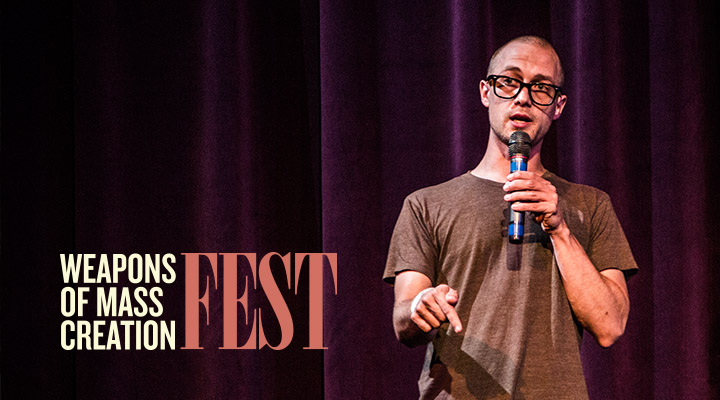 **UPDATE, 9/3/13: Due to fatherhood-induced lack of sleep and messy note-taking, I misattributed a quote to Troy Deshano that actually belongs to Valerie Mayen of Yellowcake Shop. Sincerest apologies. I’ve righted the wrong below, and added a recap of Valerie’s amazing talk — a bonus 7th Speaker! **

I didn’t know what exactly to expect from the Weapons of Mass Creation Fest, but friends who attended last year assured me it would be an experience I would not soon forget. They were right.

“The Weapons of Mass Creation Fest is the premier art, design, and music event in the Midwest. Now in its fourth year, 1,200+ attendees will descend upon Cleveland for three days in August to see 20 speakers, 20 designers, and over 30 bands. Creative professionals, entrepreneurs, musicians, artists, students, and fans will gather to learn, get inspired, collaborate, network, and celebrate together.”

But WMC isn’t just an event; it has a personality. And so do its attendees. 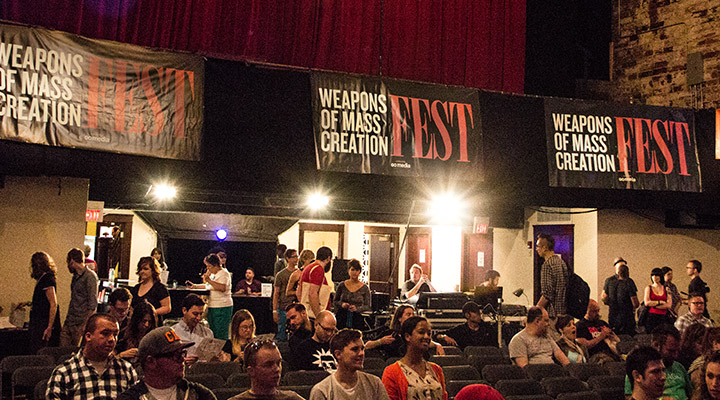 This unique personality is apparent from the moment you walk in. To an outsider, the hotspots of diverse people practicing raw creativity with no concern for “normalcy” or “the status quo” could elicit the impression that the event’s sole purpose is to be rebellious.

I’m here to tell you WMC is so much more. The truth is that what’s being practiced and promoted is a sense of openness and realness. A real attempt at being true to one’s self, in the context of design and creativity.

At WMC, there are three distinct spaces: one for speakers, one for vendors, and one for bands. The events in each of these areas happen simultaneously, which means you can move around from place to place, engaging with anything that tickles your fancy. Being from Duarte, I naturally gravitated to the speakers. I spent literally hours listening to presentations and stories that were inspiring, humorous, and sometimes heart wrenching.

The speakers were, to say the least, amazing!

Mark Brickey, best known for his work on the Adventures in Design podcast, acted as the event host and brought great energy to each of the presentations.

At the end of the day I’ll always have my hands, skills, and my ideas but those won’t love you back. Don’t let your creativity and your business make you lose sight of yourself and your family.

When she said that, I thought about my daughter and my family. Those two mere sentences shifted my perspective and helped reignite my creative spark and make me remember what’s important in life.

There were many more great stories told at WMC Fest 2013 — some onstage and others in casual conversation — that will leave me with memories that I will cherish for the rest of my life. If you have a chance to attend next year I implore you to go. It will be an experience you won’t soon forget. 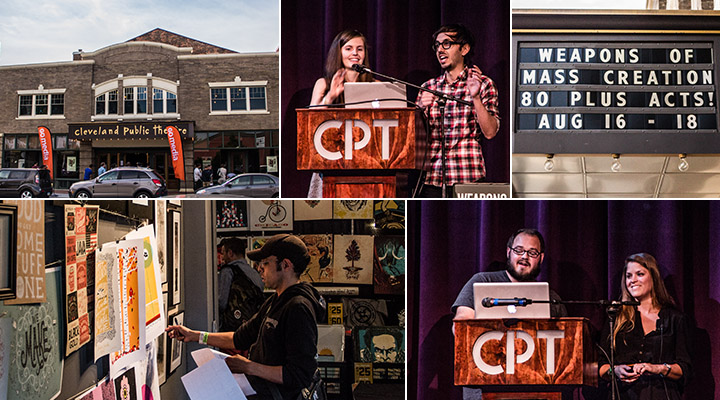