Skill up and save 15% this week only using code CYBERWEEK22 at checkout. Explore training
Home / Resources / Blog / No, we didn’t do Obama’s slides—Wait! he used slides?

No, we didn’t do Obama’s slides—Wait! he used slides?

Yesterday was the day I’ve dreaded now for a long time. Politicians using slides. It’s been tough enough to sit through executives’ abuse of PowerPoint, I loathed the day the politicians would try to visually express what they were saying.

Last night if you watched the State of the Union through whitehouse.gov, there was an “enhanced version” of his speech that incorporated graphic “slides” to the right of the stream. Obama, being the clear communicator that he is, had marvelous and relevant graphics. Visually, they weren’t a disruption and added meaning to the speech. It was a marvelous use of the medium. 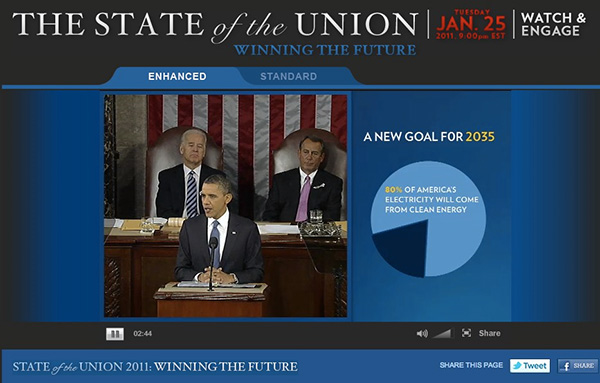 And most of the people commenting on Twitter really liked the enhanced version:

@claresayas loving the accompanying slides to the #SOTU . oh you fancy, @BarackObama ! “The future is ours to win.”

@curtian4 whitehouse #sotu live video is a good 5 seconds ahead of networks & it’s interactive. It has keynote slides mapped to speech. Cool!

@samps Damn, this is a slick PowerPoint deck. #sotu (Ima get to work on them quals talk slides.)

But the GOP didn’t fair so well with their slide debut. In Michele Bachmann’s speech she used two charts: 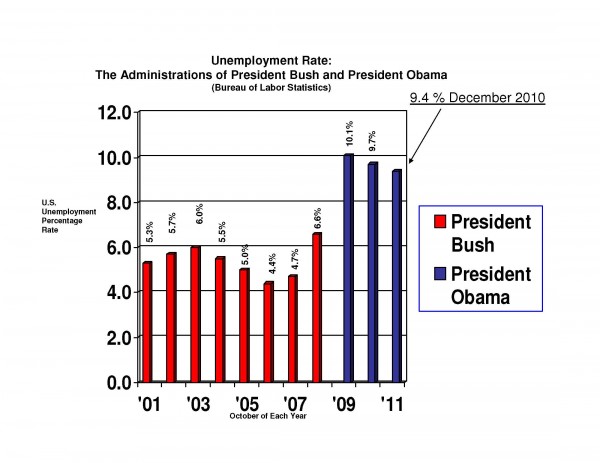 The Twitterverse wasn’t as kind to her:

@ QueenofSpain oooh she has CHARTS! Well SHIT! She MUST NOT BE CRAZY IF SHE HAS CHARTS! #sotu

To make matters worse for her, the teleprompter placement was poor and the speech wasn’t spectacular:

@thomsinger Um, I feel like Michele Bachmann is talking to someone standing off to the right side of the room. #Cnn #sotu

@sethmeyers21: I hope whoever is standing over my left shoulder is enjoying Bachmann’s speech. As that’s who I think she’s looking at.

Obama and his team have set the communication bar high. Anyone contending HAS to be a great communicator, or the contrast is just too great and you’ll look like a bozo. GOP is going to have to value communications and the investment it takes to do it right. Take note of this video showing the amount of energy that goes into making Obama’s speeches. He does rounds and rounds of edits. 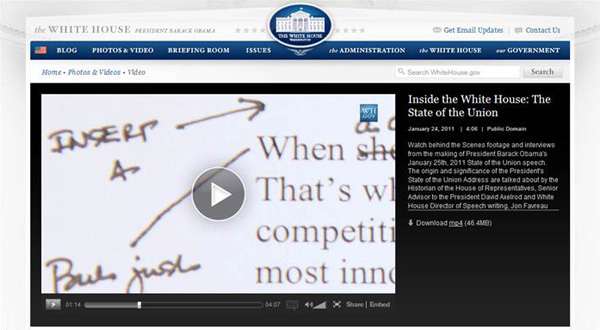 So, this morning I woke up feeling hopeful that not all politicians will abuse the medium, but please wield it wisely.