As a facilitator of communication workshops, I’ve seen that many of our clients aspire to bridge the gap from expert to thought leader. To be a thought leader, one needs to not only have ideas that stand out, but they must also communicate those ideas effectively to the world.

Many of us have seen speakers at conferences or TED talks and thought, “I probably know more about this topic than that chump.” However, in a marketplace saturated with big ideas, we must captivate our audiences with both what we say and how we say it.

Ideas alone don’t change the world, that idea has to be securely in the mind of others for it to take shape.

This is where we can learn valuable lessons from a man named Dr. Fox, who dazzled some of the brightest scientific minds of his time…even though he wasn’t what he appeared to be.

In the early 70’s at a continuing education conference for psychological professionals, a speaker named Dr. Myron L. Fox impressed audiences with an impassioned talk entitled “Mathematical Game Theory and its Application to Physician Education.”

He was introduced as an authority who authored books on the subject. His audiences, composed of psychiatrists, psychologists, social workers, and grad students (aka: experts), filled out feedback forms afterward leaving high marks on his engaging talk.

There was a problem, however: Dr. Fox was a fraud. He was no expert. He was, in fact, an actor.

The audiences of these talks were unwitting participants in a psychological study in which the researchers (Naftulin, Ware, Donnelly: 1973) wanted to test their hypothesis that students rated their teachers by personality instead of rigorous understanding of their subject.

The authors wanted to test this by having a speaker deliver a speech with charisma and personality, but empty of actual educational content. The actor chosen for this task, Michael Fox, was a working actor who had a career in television.

His only prep for his lecture was reading a single article about Game Theory and some coaching by the authors of the study to speak with “an excessive use of double talk, neologisms, non-sequiturs, and contradicting statements.”

While this task would be panic attack-inducing for most of us, Fox delivered these talks in an engaging, impassioned, and warm manner. An overwhelming number of those surveyed responded favorably toward Fox’s talk, even though he knew nothing about the subject.

In actuality, Dr. Fox lacked a big idea to move the crowd with, but they were moved nonetheless.

Are we advocating that you be a charming charlatan in front of an audience to get notoriety? Of course not. It wouldn’t surprise you that follow up studies showed that people clearly learned nothing from these talks despite being entertained by them.

The point is, expertise only takes us so far.

Being an engaging speaker helps the audience feel the weight of an idea. To the author of the study’s point, “A balanced combination of knowledge and personality are needed for effective teaching.”

This study highlights that being a thought leader takes more than just being super smart. Many of us spend many years in school and beyond gaining expertise, but to be truly recognized for it, we need to master the skill of communication.

The good news is, expertise is much harder to learn than excellent communication skills. I’ve seen the driest professors and engineers transform into lively, engaging speakers with simple training.

We are all capable of being captivating. It’s just one more class away. 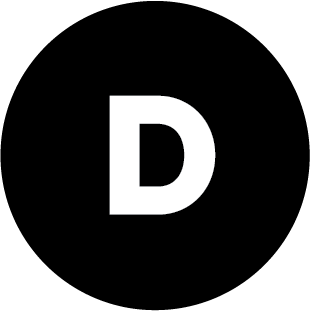