If a picture is worth 1,000 words, how do comic strips rank?

When comparing the effectiveness of the comic strip to traditional prose, Horn states, “…with its dual advantages of greater conciseness and greater relative clarity…the picture story should squeeze out prose because it would address itself with greater liveliness to a greater number of minds.”

In a brilliant move, Google hired Scott McCloud to illustrate the launch of their new browser called Chrome. In place of prose, they chose comics.

I tucked Scott’s Chrome comic in my bag for my flight to NYC so I could give it my undivided attention and really focus on every page. 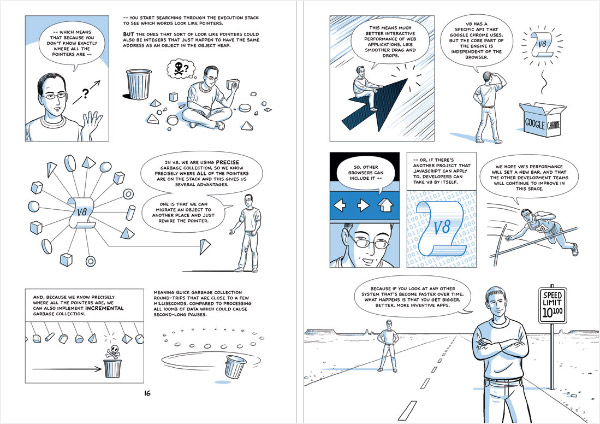 As I read, I kept asking myself if I understood Chrome better than if it had been written in prose. And I did.

The book was a geek-loving page turner (really) and it helped me understand the new features through to the back-end. The only thing that surprised me was its binding; it felt so much like a real comic, I expected it to be printed just like one, rather than on simple card stock.

Coincidentally, while cruising through Times Square, a comic strip-like advertisement popped up on a Jumbotron. I watched the entire piece because I didn’t want to miss a frame.  We are drawn to this frame-by-frame story telling; the parallels to presentations are easy to see. 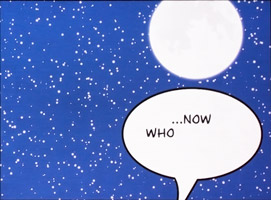 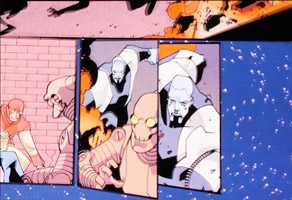 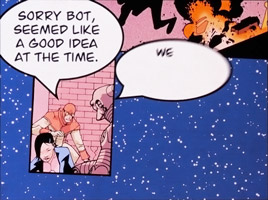 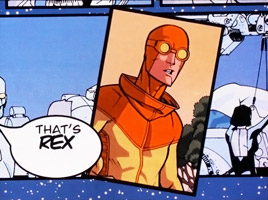 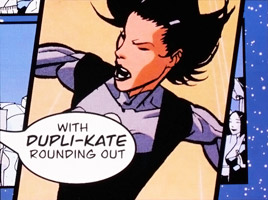 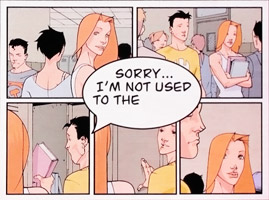 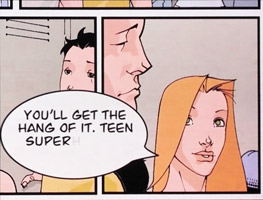 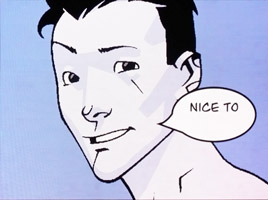 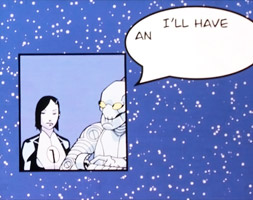 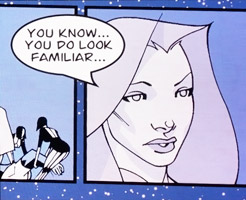 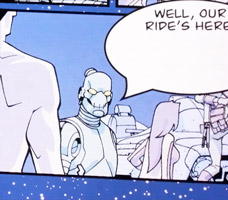 I met Scott at the VizThink conference, where he shared how images affect the brain. He uncovered core principles about the way the brain processes all visuals.

I love this guy. (His daughter Sky is featured on page 236 in the book!)

I haven’t had any time to post lately, (but I did have a nice weekend,) so there have already been two great posts about Chrome. Check ’em out at Garr’s PresentationZen and Dan Roam’s blog.

Other cool links about comics/visual thinking