CNBC Calls Google Presenter a Johnson. Was that fair?

How important is the launch of a new product? Important enough to plan, rehearse, and script something comprehensible?

Steve Jobs definitely plans and rehearses more than this guy did. This old article in the Guardian states that Steve Jobs spends weeks planning a presentation and almost two full days rehearsing it.

The newscaster comments the slides were so bad he thought they were done on an old overhead projector, which isn’t true. It was the delivery that was bad.

In defense of well designed slides, I thought the launch presentation was lovely. We didn’t create these slides but I sure wish we had. They’re beautiful. And the Boy Genius Report did a great job capturing images of the slides that were projected. Lovely. 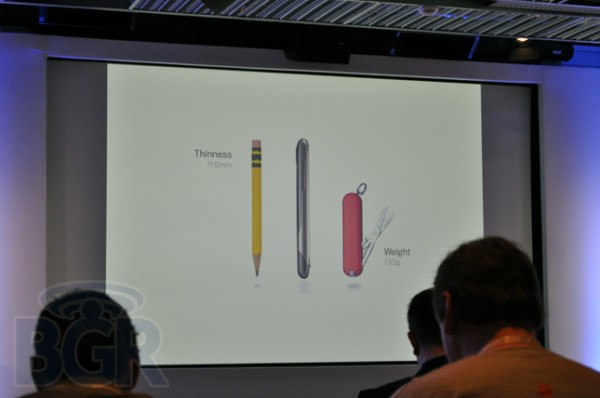 So I can go on long rants about how spending time on attractive slides is a waste of time if you don’t have anything to good to say. The newscasters came across like the entire presentation was a disaster. Now, there are times when presenters try to camouflage their lack of content by creating attractive slides. They are trying to disguise their lack of preparation and inferior insights with making things look attractive. At times the audience is so thrilled to be given visual breathing room it lures them into thinking that the content was actually okay when it was either poor or non-existent.

However, I don’t think that is the case with this launch presentation. I think the poor guy just didn’t practice. It was a big day, with big stakes and well… he shoulda known better. The press picked up on his foible and I hope he catches a break.